To foster domestic competition within the U.S. tech sector, Congress is currently considering a package of legislative proposals that would impose broad new regulatory requirements on the largest U.S. tech companies. The proposed bills encompass important issues, such as how major tech platforms handle the transfer and accessibility of users’ data, application downloads, and product preferencing.

While the pending legislation is primarily concerned with addressing domestic competition in the tech sector, several provisions—as currently drafted—could bear unintended consequences for U.S. national security by exacerbating existing vulnerabilities in the domains of data privacy, cybersecurity, and the spread of mis- and disinformation. Major technology platforms face existing challenges in these spheres, but provisions in the pending legislation could carry key security implications. Select provisions in certain bills, outlined below, would introduce new legal requirements that could facilitate data collection by foreign actors, slow major U.S. tech platforms’ ability to react to cyberattacks, and make combating mis- and disinformation more difficult. Underlying these issues is the rising multi-domain threat from a more assertive China, which the U.S. Department of Defense listed as the number-one priority in its 2022 National Defense Strategy.

The following analysis, produced by FP Analytics with support from the Computer Communications Industry Association (CCIA) — a trade organization that represents technology companies — explores these provisions in a global context and the potential implications for national security. While comprehensive rules and guidelines for all companies are needed to guarantee fair and safe participation in the global technology market, it is incumbent upon lawmakers to ensure that proposed legislation safeguards against extant and emerging national security risks. This analysis and the associated Virtual Dialogues are intended to advance discussion and debate on these important issues. This project was produced with support from the Computer and Communications Industry Association (CCIA); CCIA did not contribute to any of the content or influence the analysis.

The U.S. lacks comprehensive data protections on par with other major economies

Potential risks introduced: The American Choice and Innovation Online Act’s (ACIOA) requirement that covered companies must provide data to both domestic and foreign companies upon request could compound the risk of sensitive data being compromised, including Americans’ personal, corporate, and government data.

Potential national security implications: Globally, at least eighty countries, including China, India, and Brazil, as well as the EU, are enacting comprehensive data privacy laws that establish widespread protections on how individuals’ data can be collected, stored, and transferred. The U.S. lacks similar data protection standards, despite numerous past incidents that posed a national security risk: such as when China used stolen data to expose CIA operatives, Chinese government agencies profiled prominent Western journalists and politicians, and Cambridge Analytica harvested millions of users’ data leading up to the 2016 election. In the absence of comprehensive data privacy laws, personal, corporate, and government data collected within the U.S. remains highly accessible. This contributes to a thriving secondary market where third-party data brokers sell extensive data. For example, some of the largest U.S. data brokers provide access to data on up to 250 million U.S. consumers, composed of over 7,000 attributes on each individual available for purchase. The ACIOA could worsen these risks while leaving underlying issues on how data is collected, transferred, and secured unaddressed.

Amplifying this issue is the fact that China is creating the world’s most sophisticated data collection operation and collects U.S. citizens’ biometric data, voice recordings, and real-time locations. Obtained through both legal and illegal channels, this data is being applied toward strategic aims, including identifying targets for political influence and obtaining intellectual property (IP). Chinese IP theft is estimated to cost the U.S. up to $600 billion per year, and protecting IP in cutting-edge technologies vital to national security, such as semiconductors and artificial intelligence (AI), calls for stronger data security measures. The regulatory regimes in the U.S. and China are such that data collected by Chinese companies in the U.S. can be moved directly to China and must be turned over to the Chinese government upon request. Widespread data collection already poses a significant threat to U.S. interests and enabling more companies, including ones with Chinese ownership, easy access to U.S. citizens, companies, and governments agencies’ data could exacerbate this issue. Combating this challenge requires enacting and implementing more regulatory safeguards and protections on U.S. data prior to increasing data sharing requirements. 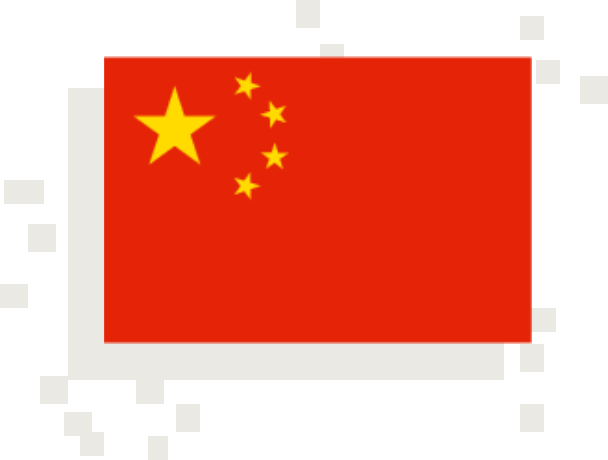 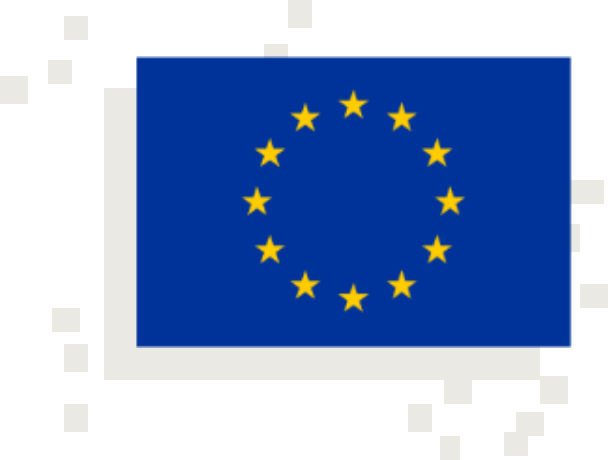 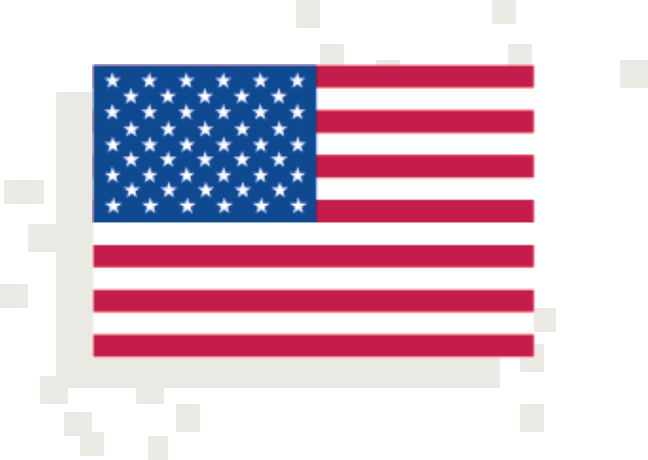 Clarifying Lawful Overseas Use of Data (CLOUD) (2018) Permits law enforcement agencies to access individuals’ data. There are laws that protect particular types of data, but the U.S. has no comprehensive federal law for data protection.

Potential national security implications: Major tech platforms store the personal data of millions of Americans and are the main contractors currently providing cloud hosting infrastructure to government agencies and over a million private-sector companies, making them integral to data and system security. The widespread integration of major tech companies’ platforms into the operations of both the public and private sector make their ability to secure networks and proactively respond to cyberthreats with timely updates essential to national security. These companies have pledged a combined $30 billion investment in cybersecurity over the next five years, a sixfold increase in the amount the industry contributes today to strengthen defenses and prepare for evolving threats.

Proposed legislation could introduce new avenues for bad actors to access major tech platforms’ operating systems. Provisions in the Open App Markets Act would limit major platforms’ ability to screen apps through a centralized app store or pre-install security software. On individual devices, this could create new risks of users downloading viruses directly onto their devices. Provisions in the ACIOA and the Augmenting Compatibility and Competition by Enabling Service Switching (ACCESS) Act could enable widespread access to major platforms’ operating systems through their requirements to make these systems widely interoperable with any company requesting access. On a technical level, the more ways a platform opens its system, the more avenues are created for potential abuse and nefarious activity. Greater access could enable malicious actors to enter the software and back-end hardware systems supporting sensitive industries.

If the ACCESS Act passes in its current form, the responsibility for securing data would also be distributed across the millions of applications requesting access, instead of one centralized platform. Further, the ACCESS Act conditions platform patches and updates on Federal Trade Commission (FTC) review, through a newly created technical committee. If a major tech platform does make an update, it would be responsible for proving that it was in the interest of user security, and competitors would be able to sue for non-compliance. Conditioning updates on review by a committee that includes representatives from competitors, or potential justification through a potentially lengthy legal process, could delay a timely response to threats and impose restrictions that either prevent or actively disincentivize major tech platforms from providing robust security.

As the rate and sophistication of cyberattacks increase, investment in cyber defense is crucial. The U.S. spends more than any other country, accounting for 76 percent of all global cybersecurity funding in 2020. The largest technology platforms contribute significantly to this, investing a combined $4.7 billion on cybersecurity from 2016 through 2021.

The Impact of Cybercrime on the U.S. Economy

Cybercrime is estimated to have cost the U.S. $18.7 billion from 2017 through 2021, with 2.76 million complaints submitted to the FBI by businesses and individuals.

Major tech platforms operate over half the cloud data centers in the U.S. and are responsible for securing sensitive data held within them.

There is a global cyber talent shortage of 2.72 million professionals. In the U.S. alone, there are about half a million unfilled cybersecurity jobs today, leaving the private sector well-positioned to train and fill that gap.

In 2021, the total losses suffered by businesses and individuals from cybercrime totaled $6.9 billion.

In the U.S., the average total cost of a data breach is more than twice the global average at $9.05 million.

The U.S. has not established clear standards needed to effectively combat online mis- and disinformation

Potential national security implications: The spread of mis- and disinformation across tech platforms has posed threats to U.S. security interests abroad while inflaming domestic tensions. From Russian disinformation campaigns pushing false narratives about the 2016 election and the invasion of Ukraine, to widespread misinformation about the COVID-19 pandemic, the spread of false narratives and propaganda has undermined fact-based discussion on key national security issues. Mis- and disinformation are prevalent across the nearly five billion items shared daily by Facebook and 720,000 hours of video content uploaded daily to YouTube. Major tech platforms spend hundreds of millions of dollars annually on employing human content moderators and developing algorithms that can identify falsehoods and hate speech. For example, Google alone has pledged $300 million over the next three years to combat online mis- and disinformation. The scale of these investments highlights how severe the issues have become and illustrates the efforts necessary to rectify past missteps and existing gaps in capabilities. While major tech platforms have been used as vehicles to spread mis- and disinformation, breaking up these platforms could also limit their ability to moderate content across products and employ system-wide measures to combat mis- and disinformation.

Proposed U.S. tech regulations set no foundational rules for limiting the spread of mis- and disinformation, such as instituting identity-verification requirements for posting content on major platforms. Without clear guidelines for preventing the spread of mis- and disinformation, strengthening the position of competing platforms, which lack the capital to invest in content moderation or have foreign ownership, could magnify existing challenges. Further, new limits on major tech platforms to choose which businesses they host, which are proposed in the legislation, could inhibit their ability to censor known channels of mis- and disinformation. The U.S. government has an opportunity to establish and enforce broad guidelines focused on reducing the flow of mis- and disinformation within its borders. However, establishing clear standards across platforms for how content is moderated and prioritized could become increasingly difficult if content is fragmented across increasingly dispersed platforms.

The Global Costs of Mis- and Disinformation

In 2020, organized disinformation campaigns were conducted in 81 countries, with government and political parties spending millions of dollars to spread manipulated messages.

The digitalization of the global economy and of global data management and technology companies has brought novel and complex challenges. State and non-state actors are increasingly leveraging data and tech platforms for strategic competition. Addressing data privacy, cybersecurity, and the spread of mis- and disinformation requires comprehensive approaches applicable across the entire technology sector and close public-private collaboration. Major economies are imposing stringent rules on competition and national strategies aimed at promoting their technology sectors. In response, the U.S. will face the challenge of safeguarding national interests and investing in innovation while avoiding enacting the same protectionist policies. Clearly defined measures that address underlying and systemic issues pertaining to the entire sector will be needed to avoid inadvertently introducing new risks that undermine the U.S.’s capacity to respond and compete globally.

This analysis was produced by FP Analytics, the independent research division of Foreign Policy, and was supported by the Computer and Communications Industry Association (CCIA). CCIA did not contribute to any of the content, nor did it have any influence over any part of this analysis. The content of this report does not represent the views of the editors of Foreign Policy magazine, ForeignPolicy.com, or any other FP publication.

*The introduction of this brief was updated on June 14th, 2022, following our first virtual dialogue. Nothing in the analysis has changed since its original publication.

The legislative provisions discussed in this brief would only apply to “covered platforms.” There have been slight variations in definitions among laws, but the general definition as laid out in the Platform Competition and Opportunity Act of 2021 is a company that: